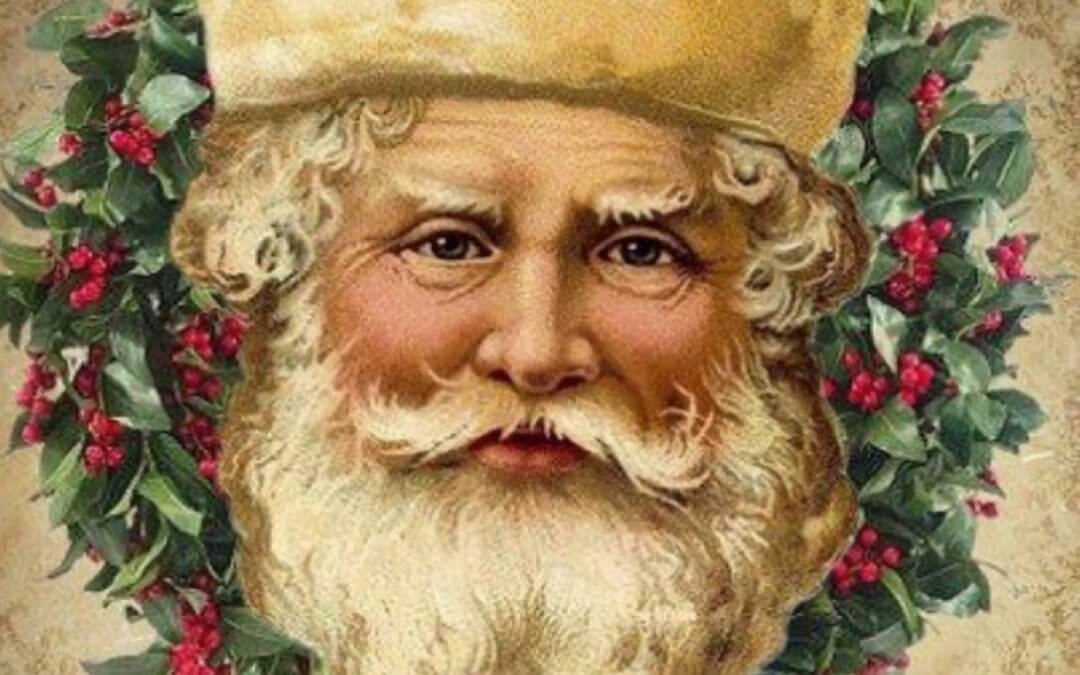 The 6th December is St Nicholas Day, and traditionally around the world Christmas gifts are given today. But who was St Nicholas and what relation does he have to Christmas?

Well, quite a bit as it turns out!

The legend has it that a kindly Greek Bishop named Nicholas came across a poor man that couldn’t afford to pay a dowry for his daughters (an amount of property or money paid to a prospective husband in order for them to marry). He took pity on the father, and, knowing that he would not accept charity, secretly dropped a bag of gold coins down the chimney. The coins fell into a stocking hung by the fire to dry, and were found the following morning. The news of his kindness spread and he soon became a legend, making other generous gifts around the world. He was sainted after his death in 343AD.

Elements of the story sound familiar, don’t they! Now you know where stockings, gold coins, and a strange man coming down the chimney come from. Saint Nicholas forms the basis of the fictional story of Sinterklaas – or Santa Claus as we now know him.

St Nicholas Day marks the death of the saint, and many parts of Europe celebrate by giving gifts to one another.

So, there you have it! A bit of Christmas history for you. And a decent excuse for an early pressie…

Really good course, excellent presentation, concise and very informative. Thank you for a really enjoyable day (which I wasn't excepting) once again thank you. Perfect

I had excellent training about alcohol course , we were just in five people so all perfect. Amazing I passed

Amazing I passed and I'm dyslexic and I struggle that the lady who was teaching on a day was very patient and helped a lot I'll be using your services again soon thank you.