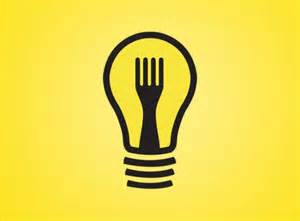 YOUNG people found out how they can give themselves a head start in the world of work at East Hampshire District Council’s apprenticeship event.

School leavers and job seekers gathered at Penns Place last Tuesday night to find out how apprenticeships could give them a gateway into the world of work.

He said: “Apprenticeships are a great alternative to university or college courses and allow you to get your foot in the door at an organisation while also earning a salary.

“Not only do you gain valuable experience and skills in your particular role but you also can work toward a formal qualification.

“Meanwhile, the employer has a chance to train a keen young employee in the detail of the job and embed them in the culture of the organisation.”

East Hampshire District Council held the meeting as part of its own successful apprenticeship scheme, which has seen more than 23 workers take up apprenticeships with firms over the past two years.

Young people looking for the right opportunities, as well as mums and dads, listened to Mr Kiddey speak on the issue and had the chance to find out about the various schemes on offer and the apprenticeship positions currently available.

Nick Drew, responsible for economic development within the district council, said: “EHDC believes in the value of apprenticeships to allow young people to earn and learn at the same time. I was very pleased to see so many young people attending this Community Forum and getting involved.

“We have committed to supplementing the wages and travel costs to two dozen apprentices at businesses around the district. This encourages local companies to take on apprentices where they might not otherwise have been able to afford it.”

Council leader Ferris Cowper praised the power of apprenticeships during the meeting and said he was delighted to see so many young people attending.

He said: “At EHDC, we are really behind apprenticeships, and from the excellent turnout at the meeting I can see they are also proving increasingly popular among young school leavers.

“We have our own apprentices at EHDC and we know that not only is it a real advantage for someone coming into the workplace for the first time, it is also of great benefit to the employer.

“I have seen our own apprentices grow and mature as people and as employees and make valuable contributions to our organisation.”

Really good course, excellent presentation, concise and very informative. Thank you for a really enjoyable day (which I wasn't excepting) once again thank you. Perfect

I had excellent training about alcohol course , we were just in five people so all perfect. Amazing I passed

Amazing I passed and I'm dyslexic and I struggle that the lady who was teaching on a day was very patient and helped a lot I'll be using your services again soon thank you.